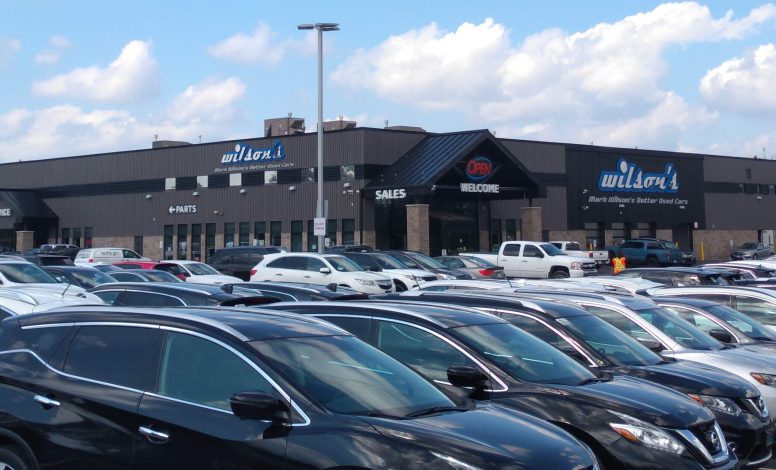 Wilson’s better used cars was founded in 1961 and has been expanding ever since. They built a brand-new massive facility in 2015 that has over 600 plus used cars on their lot and will be expanding their lot again in the near future. They are the largest used car dealership in Ontario located in Guelph.

PROJECT HIGHLIGHTS
G&A Lock & Security installed their alarm system & Axis cameras with Aimetis video management software in 2015 and have been adding on to it every year. Facility is monitored via video link after hours to monitor the car lot with live video monitoring. Wilson’s better used cars use the camera system to see when customers are on the lot so customers can be helped more effectively. They also use the system to monitor the condition of the cars as they enter & leave the lot. Learn more about the project here
Customer: Wilson’s Better Used Cars
Completion Date: September, 2016
Location: 5055 Whitelaw Road, Guelph ON N1H 6J4

This website uses cookies to improve your experience while you navigate through the website. Out of these cookies, the cookies that are categorized as necessary are stored on your browser as they are essential for the working of basic functionalities of the website. We also use third-party cookies that help us analyze and understand how you use this website. These cookies will be stored in your browser only with your consent. You also have the option to opt-out of these cookies. But opting out of some of these cookies may have an effect on your browsing experience.
Necessary Always Enabled
Necessary cookies are absolutely essential for the website to function properly. This category only includes cookies that ensures basic functionalities and security features of the website. These cookies do not store any personal information.
Non-necessary
Any cookies that may not be particularly necessary for the website to function and is used specifically to collect user personal data via analytics, ads, other embedded contents are termed as non-necessary cookies. It is mandatory to procure user consent prior to running these cookies on your website.
SAVE & ACCEPT
Alternative Format Request
Email: Steve Daunheimer
Email: Michael Moore
Order Products and Services